Skip to content
Alexandre Benalla is charged after a video emerged showing him beating up a demonstrator on 1 May.

When Star Trek: Discovery went to the “evil” Mirror Universe in its first season, it was a blast from the past — a concept first created for The Original Series when Spock got a goatee! And while this year’s Disco panel at San Diego Comic-Con was very much about looking forward to Season 2, including Captain Pike’s arrival on the USS Enterprise and a mystery surrounding Michael Burnham’s brother Spock, CBS All Access also had a great exhibit on site featuring many of the costumes, props and concept art that brought the Mirror Universe to life in Season 1.

At the Mayans MC panel, FX showed the first 13 minutes of the Sons of Anarchy spinoff series set to premiere on September 4.

In the footage, we were introduced to leading man Ezekiel ‘EZ’ Reyes, portrayed by JD Pardo (Human Target). Reyes is a prospect, aspiring to become a full-fledged member of the Southern California chapter of the Mayans Motorcycle Club.

Check out our interview with the creators of Mayans MC from Comic-Con 2018 below.

There’s a short flashback, featuring a teenage Reyes wearing a Stanford University sweatshirt and lovingly embracing his high school sweetheart. He’s a good kid, but something went wrong since he was just released from prison in the present day storyline. How all of this came to be is something we’ll have to wait and see when the series premieres.

After Riverdale’s Season 2 finale saw Archie being framed for a murder he didn’t commit, “Season 3 starts off with Archie on trial,” according to star KJ Apa, who was on hand with the rest of the cast and producers to give fans a sneak peek of the new season at Comic-Con on Sunday. “I guess we’ll see if he’s gonna go away or not.”

The Comic-Con panel kicked off with a Season 2 recap trailer and a sneak peek at Season 3, which you can watch below:

The biggest news from the panel came with the reveal that we’ll finally meet Jughead’s mother, Gladys, and sister, Jellybean, around episode 8 or 9 of Season 3, and that we can expect a flashback episode featuring the parents of Riverdale back when they were in high school. Instead of casting new actors for the roles of young Fred, Alice, F.P. and the rest of the gang, apparently the kids will be playing the younger versions of their parents for the episode.

Supernatural fans got a first look at Season 14 during the show’s Comic-Con panel on Sunday. While the footage from the Season 14 premiere won’t be available to watch online, the sneak peek followed on from the Season 13 finale’s cliffhanger, which saw the archangel Michael betraying his deal and keeping control of Dean (as well as giving him a suave, Peaky Blinders-esque makeover) following Lucifer’s defeat.

The scene from the first episode opens with a Muslim man engaging in morning prayer, before Michael appears in his room, telling him not to be afraid. The man asks if Michael is God, and he says “close.” After a somewhat hilarious guessing-game, he reveals that he’s Michael. The man asks why Michael is there, and Michael responds, “That is the question isn’t it? Why are we here?” He says he’s there to ask the man a question – the same question he’s been asking people across the world for weeks, from holy men to killers. “What do you want? If you could have anything, name it.”

At San-Diego Comic-Con 2018 CW provided a glimpse into what the next season of Supernatural holds in store for the Winchester brothers. While there wasn’t much in the way of new footage, there was a short line delivered by Sam that could be setting up the overarching goal of what’s to come. The trailer begins with Sam asking Dead, “Do you ever feel like we’re doing nothing but playing defense, bouncing from one apocalypse to the next?”

He continues: “There will always be more people that need saving. No matter how many monsters we kill…,” he trails off, as his brother picks up by saying, “There’s always going to be another one around the corner.” Of course, this is the eternal struggle the Winchester brothers have been grappling with since they first started hunting, but perhaps now they’re going to try and come up with a solution–once and for all.

The rest of the trailer is a montage of everything that has happened thus far, primarily made up of scenes from recent seasons. While fans will no doubt have preferred something new to stoke their interest, it still serves as a pretty good hit of nostalgia for everyone that has followed the journey so far.

Supernatural Season 14 only just started production, which explains why there isn’t new footage to share. However, during the show’s Comic-Con panel a few details were discussed. Dean as Michael will be a core part of the series, it seems. “Dean’s kind of sitting shotgun right now, while Michael is driving,” explained Jensen Ackles, who plays both characters. Sam, meanwhile, “has taken on more of a leadership role,” according to actor Jared Padalecki. Rowena will also be back this season.

CW also showed off new trailer for The Flash Season 5, as well as a new costume for Kara in the Supergirl Season 4 trailer. If you need to get caught up on Comic-Con 2018 fast, have a look at the list of all our coverage below. It’s got everything from trailers and news stories, to pictures of the best cosplayers we saw during the show.

Marvel Comics saved some of its best Comic-Con announcements for the very last day of the show. Today the publisher revealed that Uncanny X-Men will return as the flagship title in the X-Men franchise this fall.

Unfortunately, Marvel didn’t reveal a specific release date, roster or the creative team behind this Uncanny X-Men relaunch today. But with both X-Men Gold and X-Men Blue ending in September, it’s clear that the new Uncanny X-Men will have a big void to fill. 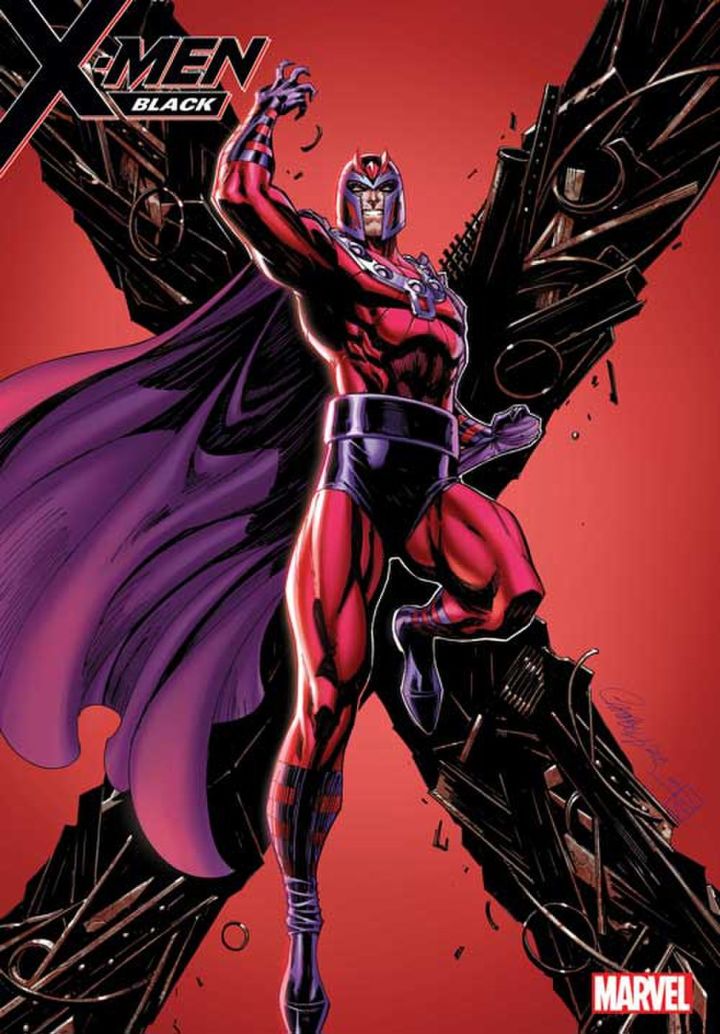 Arsenal midfielder Mesut Ozil says he no longer wants to play international football for Germany.
Documents show the FBI believed Carter Page was “collaborating and conspiring” with Russia in 2016.