Comic book publisher Dark Horse is partnering with Wonderstorm and Netflix to produce “The Art of The Dragon Prince,” which will give fans a never-before-seen look at concept sketches, preliminary designs, and first impressions from the first three seasons.

“Aaron and I are excited to announce Wonderstorm’s partnership with Dark Horse,” said Justin Richmond, co-creator of The Dragon Prince. “As a longtime fan, I have wanted to work with Dark Horse for years, and I can’t think of a better partner to help us bring the world of The Dragon Prince to life in new ways that our fans are going to love. I can’t wait for people to see what we are working on together!” 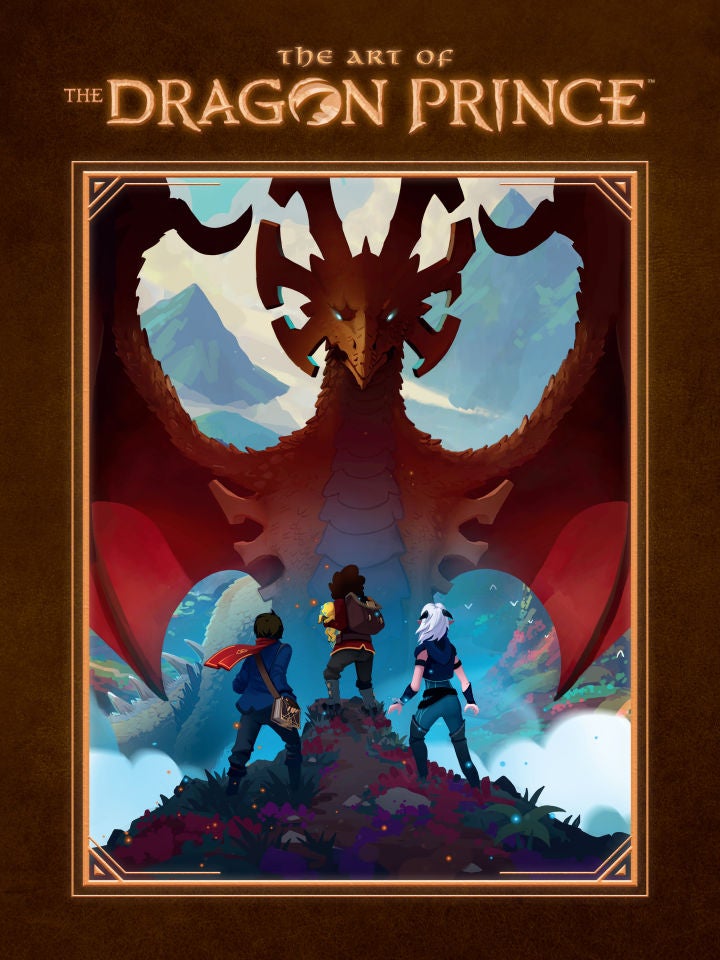 Lawmakers have demanded records from Rudy Giuliani as a part of their impeachment inquiry.
The former national security adviser is warning that the regime will never end its nuclear program willingly.

Before Apex Legends Season 3 even started (which adds new character Crypto), Respawn may have teased Apex Legends‘ twelfth playable character, who would assumably be put into the battle royale at the start of Season 4. It wouldn’t be too far-fetched for the developer, which has long been including hints to new characters and weapons ahead of their official release. It’s easy for the studio to do, with several new weapons and maps designed months in advance and certain characters already tentatively scheduled for the next few seasons.

In the Apex Legends Season 3 launch trailer, we finally see Crypto interacting with his fellow Legends as the group is transported to and have their first fight on World’s Edge, a brand-new map located on a new planet. Before the Legends drop, they divide into four teams of three. Of course, that should create a discrepancy. Crypto is the eleventh Legend. But on closer inspection, you can see that there are twelve figures in the room. In the trailer, which is embedded below, pause the action at 0:51 and you’ll see twelve characters.

On the left, there’s a squad composed of Pathfinder, Caustic, and Octane. In the foreground, Bloodhound, Gibraltar, and Bangalore form a squad. In the background, we see Lifeline, Crypto, and Mirage together. That leaves the group on the right, which is Wraith, Wattson, and some other figure whose back is partially turned towards us. The figure seems to be on the larger side (matching Caustic and Gibraltar), is encased in armor, and wears what appears to be some sort of mask or helmet.

Respawn has done teases like this before, where a new character or weapon is seen in a trailer months ahead of their official announcement. For example, in the gameplay deep dive trailer (released on the day Apex Legends was both announced and launched), you can see the shadow outlines of both Season 1’s Octane and Season 2’s Wattson at 5:30. And in the Apex Legends Season 1 gameplay trailer, a Pathfinder is shooting at Bangalore with an L-Star–a weapon that wouldn’t be added to the game until Season 2.

So although we can’t definitively say that the mysteriously-masked figure in the Season 3 launch trailer is the twelfth character for Apex Legends, we can probably assume that it is. Respawn does have a track record now. But we’ll just have to wait and see.

If you are anything like me, you relish the idea of saving a ton of money by finding a great deal, and there are few deals better than those on refurbished or lightly used tech. Retailers know buyers can be skeptical about refurbished items, so they often put them through rigorous screening, and offer absurd discounts or inexpensive replacement plans to maintain consumer interest.

That is exactly what you are looking at with this 75-inch Samsung 4K UHD HDR QLED TV from Walmart. While it normally sells for $3999, you can get a refurbished unit for a ridiculous 50% off, and for a tiny fraction of what you’ve saved, you can get a 3 or 4-year protection plan, to put your mind at ease.

The director general says he reviewed the decision of the corporation’s complaints unit “personally”.

Sony has long been associated with high-quality televisions (and other tech), and right now you can save $500 on last year’s model of the 55-inch Bravia 4K HDR TV, knocking it down to just $1499. While there are other, more budget-friendly 4K HDR televisions, Sony is a solid choice, and this is a great deal.

This may be last year’s model, but it’s still a fantastic OLED screen with a 120 Hz refresh rate, Smart TV functionality, iOS and Android compatibility, and Amazon offers free shipping and affordable 3 and 4-year protection plans.

“That’s kind of a tough question,” Sen. James Inhofe said. Is it, though?
The individual’s lawyer is now speaking out, stressing that his client is “entitled to anonymity.”