Skip to content
A note from IGN Senior Editor Joshua Yehl: If you’ve suddenly found yourself with a lot of extra time on your hands that you don’t know what to do with, then worry not, because IGN is teaming up with some of our favorite comic book creators to help you out with a list of recommended reads. Today’s special guest is Tom King, an ex-CIA officer and Eisner-award winning comic writer you may know from his Marvel Comics smash, The Vision, or his DC Comics titles, including a years-long run on Batman, the Mister Miracle limited series, and his current project Strange Adventures with artists Mitch Gerads and Doc Shaner. Tom’s work often looks at superhero theatrics through a human lens in order to showcase the emotion, tragedy, humor, and beauty underneath. But I’ll stop eating up the word count on Tom’s piece and let you get to his list. Enjoy!

And in that moment, stuck in that house, I started reading comics again. My wife and my mother would send them to me in care packages that’d arrive sporadically in a small plane. This was the mid 2000s when the industry was booming after the ‘90s crash, a little renaissance in the mainstream medium by people like Bendis, Millar, Cheung, Vaughan, McNiven, Brubaker, Cassidy, Simone, Meltzer, Hitch, and dozens of others. All that work reminded me of why I loved these books and these heroes and I started going back, googling the best comics of all time and just going down the lists, reading and rereading the classics from 1900 to today.

It kept me sane. Just every day looking at those stories, trying to understand this medium that had so thrilled my childhood, sped up the time just enough to get me through the year. And when it was done, I had given myself an education that still serves me now. To this day, to this moment, I try to write to the heights of those authors that were nice enough to grant me that respite.

So, having gone through this once and now going through it again, let me say two things: One, it’ll pass, and when it does the end will be glorious, full of grocery stores full of all sorts of paper products. Two, comics help; they transport you and challenge you and inspire you.

Here are a few of my picks to get you started. Plenty of places to go from there.

You can check out the list by flipping through the slideshow gallery below or keep scrolling to read the article. 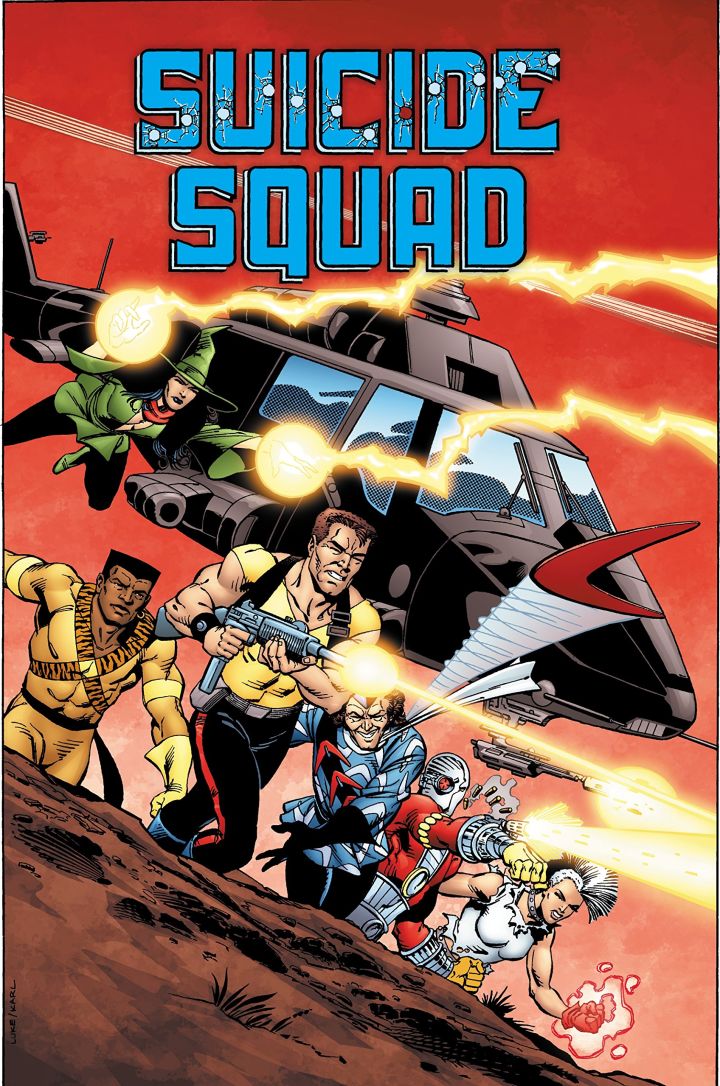 My personal favorite ongoing superhero comic of all time. The best premise ever: a bunch of loser villains try to be amazing heroes to get out of jail. Full of death, mystery, suspense, humor, obscure and mainstream comic characters, and a dozen other related insanities. Over 60 issues of action and fun. Just pure mainstream comic joy. 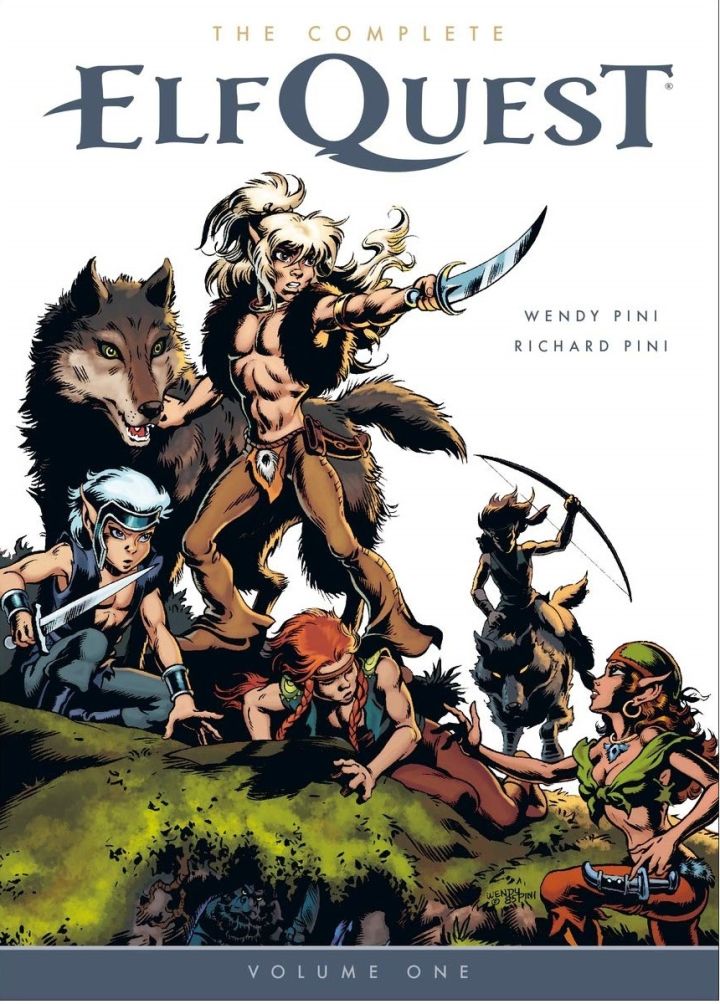 By Wendy and Richard Pini

Loved this as a kid, and I just finished reading it out loud to my kids. Nearly 40 years after it was published, it holds up perfectly; they and I were enthralled. The story of a small tribe of elves forced from their homes into a hostile world of humans, trolls, and magic, Elfquest sets the standard for fantasy comics. The elves adventure through a complete and remarkable world built around the emotional pain of a people who have lost their familiar, men and women struggling to find out who they are when their traditions have to either fade or evolve. Like the best epics, it’s full of war and love and tears; it’s so good. 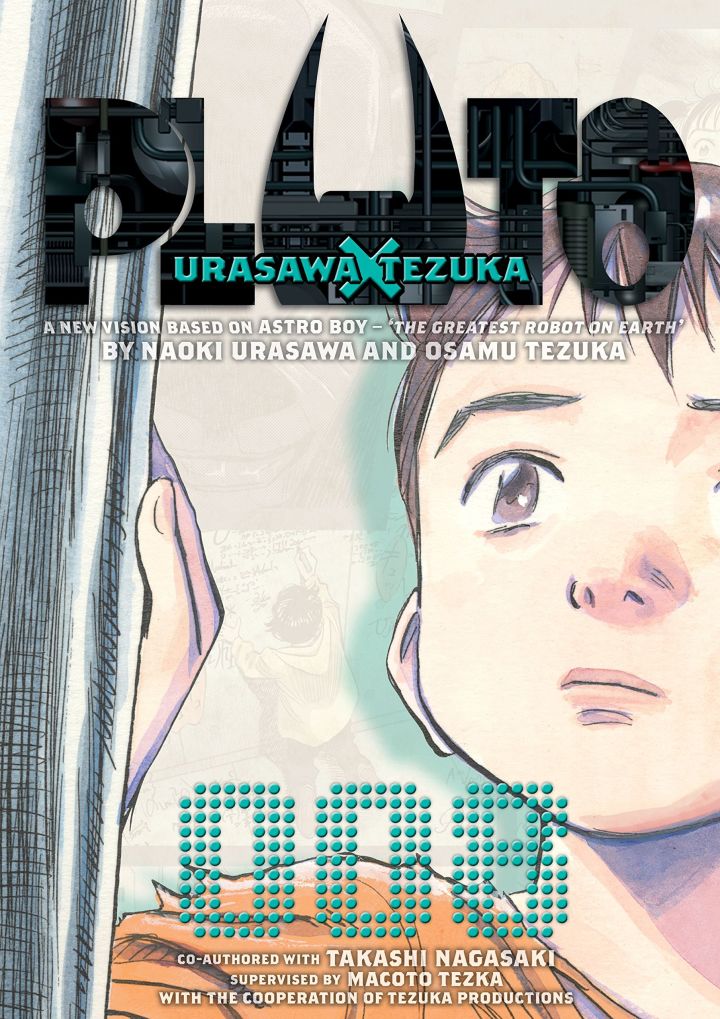 A warning for this one. Manga is transcendent, but it’s not my nerd; I don’t know it like I do American comics. But, if it’s not your nerd either and you’re looking for a place to dig in, this masterpiece is one I tried and loved. A modern, insane twist on Astro Boy that turns a child’s story into a hunt for a (robot?) serial killer. Stunning story and visuals that’ll haunt you after you put it down. 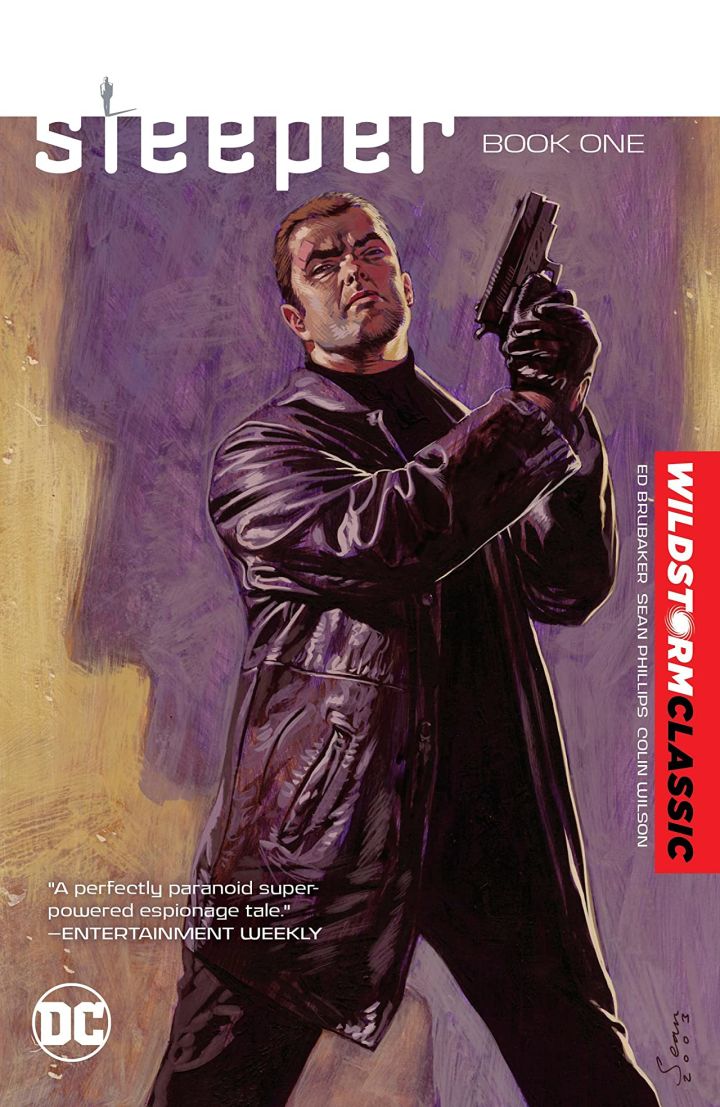 By Ed Brubaker and Sean Phillips

Oddly, I used to be a case officer in the CIA. When people ask me what my favorite spy story is, I say “Sleeper.” An undercover super-villain spies for the cops on an evil super-terrorist organization… or maybe he’s actually working for the terrorists and betraying… you know how these things go. Bottom line, you pick it up and you’re stuck in it until the end, watching each twist go by with your jaw on your floor. Trippy, dirty, awesome superhero noir. 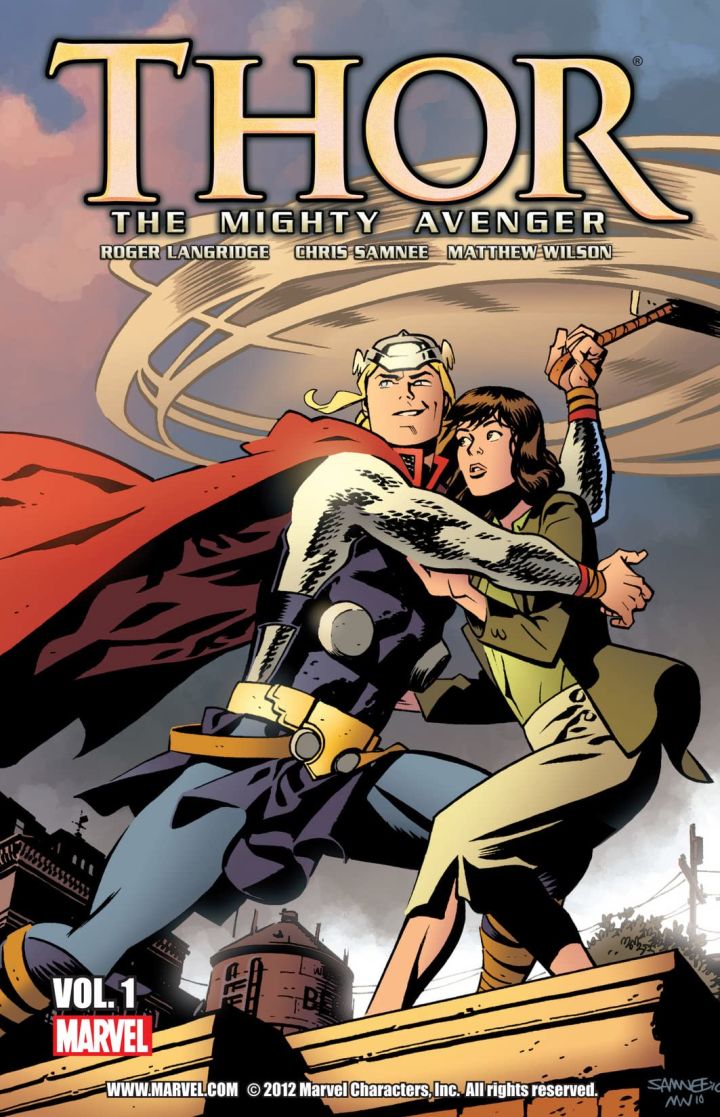 By Roger Landridge and Chris Samnee

To me, this is the Watchmen of all-ages comics: the one that broke the mold and set the standard. It’s a story of Thor falling to earth and falling in love. You can read this when you’re eight or 80 and still awe at the razor sharp character work and the gorgeous, drool-over art. Taking some time with this one just warms your soul a bit, let’s you think it’s going to be okay, which maybe it is.

Love and Rockets: The Death of Speedy 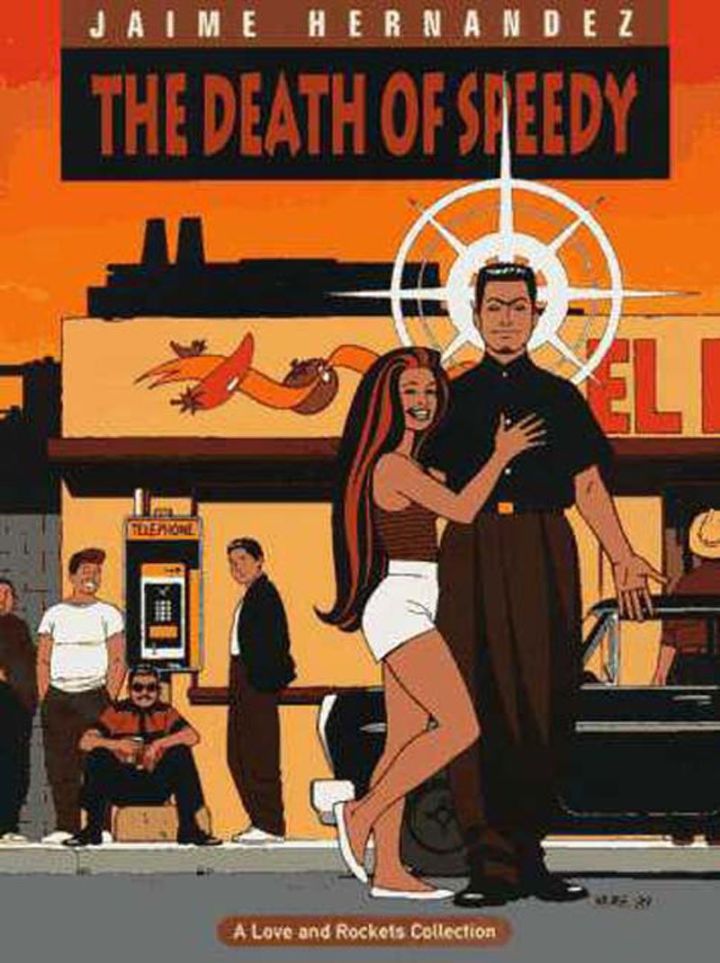 Los Bros Hernandez have made the best comics in comics for quite a few decades now, exploring and defining the emotional depth of the medium. As all the work is connected, it’s hard to know where to start, but I think this is my favorite, and it reads pretty well on its own (but if you want to get addicted and go back and read as much of Love and Rockets as you can, who am I to stop you?). This one though is a slice of life about a breakup that affects a community in a thousand huge and tiny ways, and it scratches at the heart of what it is to be human. 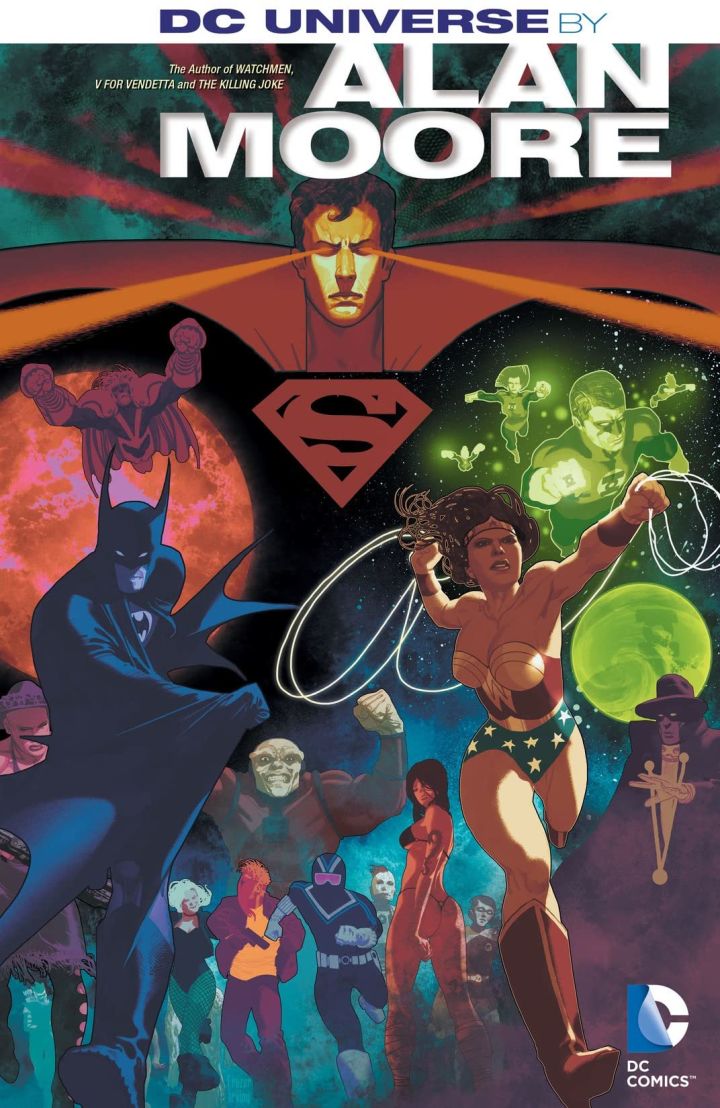 Alan Moore is the master of modern comics and this is my favorite work of his. It collects the one-shots and short stories he did for DC in the ‘80s, including his work on Superman, which in my opinion are the best superhero comics of all time. Writers and artists have been mining these few comics for inspiration for decades and will continue to do so for decades more. Many of the secrets of modern comics are found in these pages. Please don’t tell. 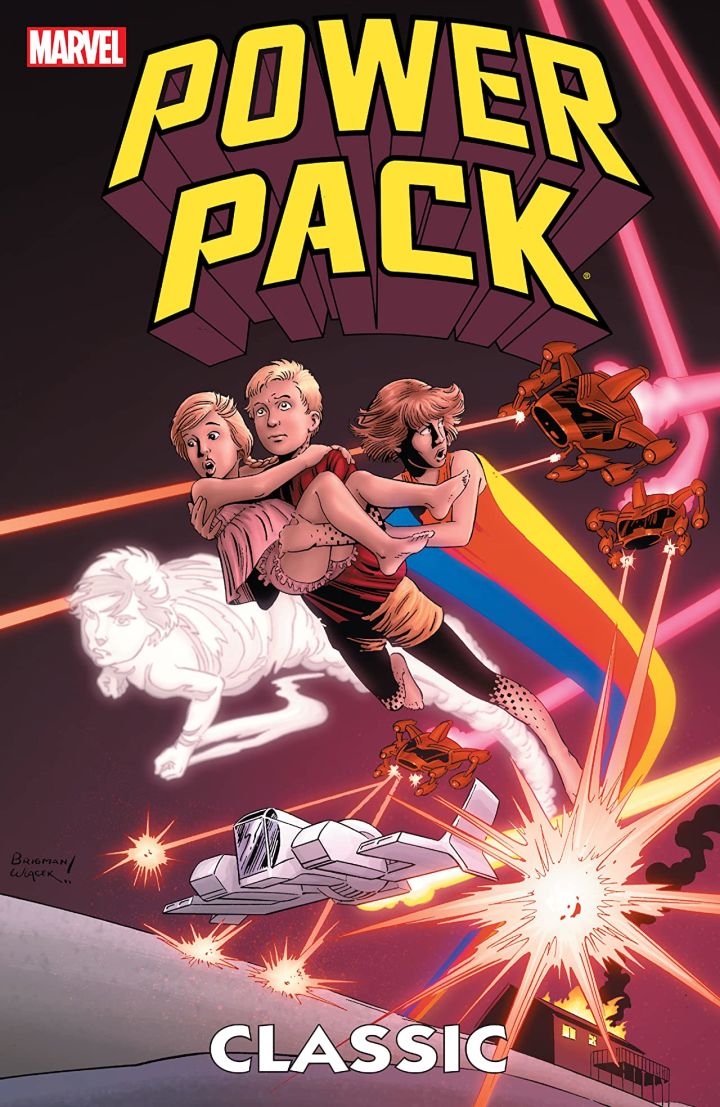 By Louise Simonson and June Brigman

Just a pure escape you can read with your kids or read on your own. Four awesome kids get superpowers from an alien and have to learn how to live in the Marvel Universe. A family drama featuring original kick-ass action as well as quiet heartbreaking moments. It’s all fantastic and it all feels all so real. My favorite comic when I was a kid. Revisiting it now, I’m even more impressed. 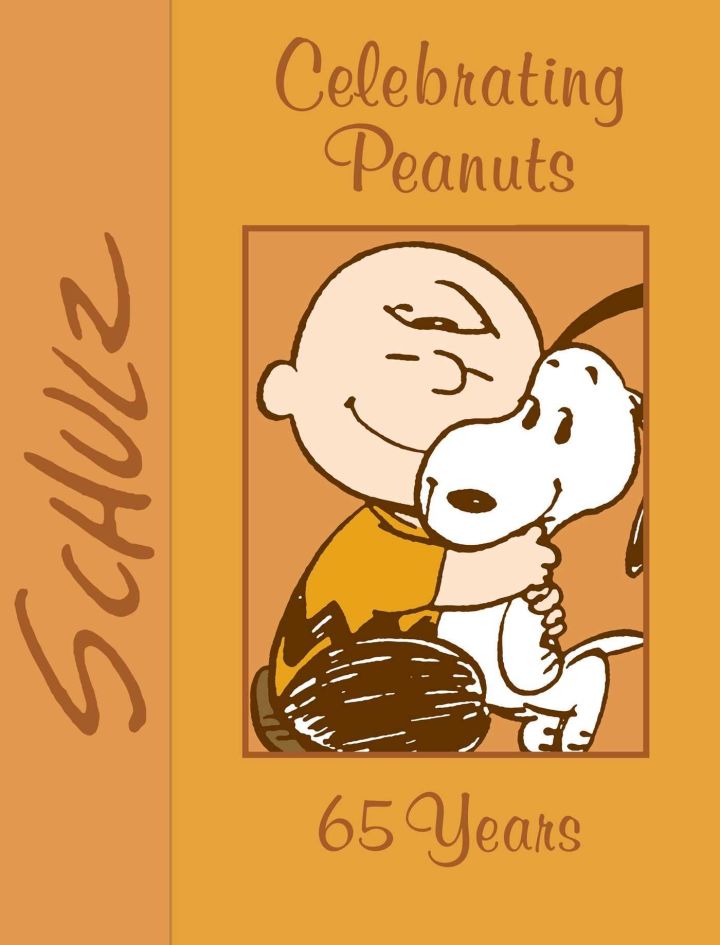 Peanuts is simply the best comic—in any genre or medium or country or whatever—that was ever made. In terms of putting words with pictures, this is as good as it gets. It’s a light comedic kids’ series full of laugh out loud gags that still land half a century after they were made; it’s an epic religious and philosophical dissection of how we deal (and don’t deal) with pain and growth, love and loss, God and family; it’s one quiet midwestern man’s 50 year nervous breakdown that he decided to document in the form of four daily panels about big headed children and a dog. It’s all of those things; occasionally it’s none of them. It’s sentimental and modern and stupid and mind blowing. It’s wonderful. 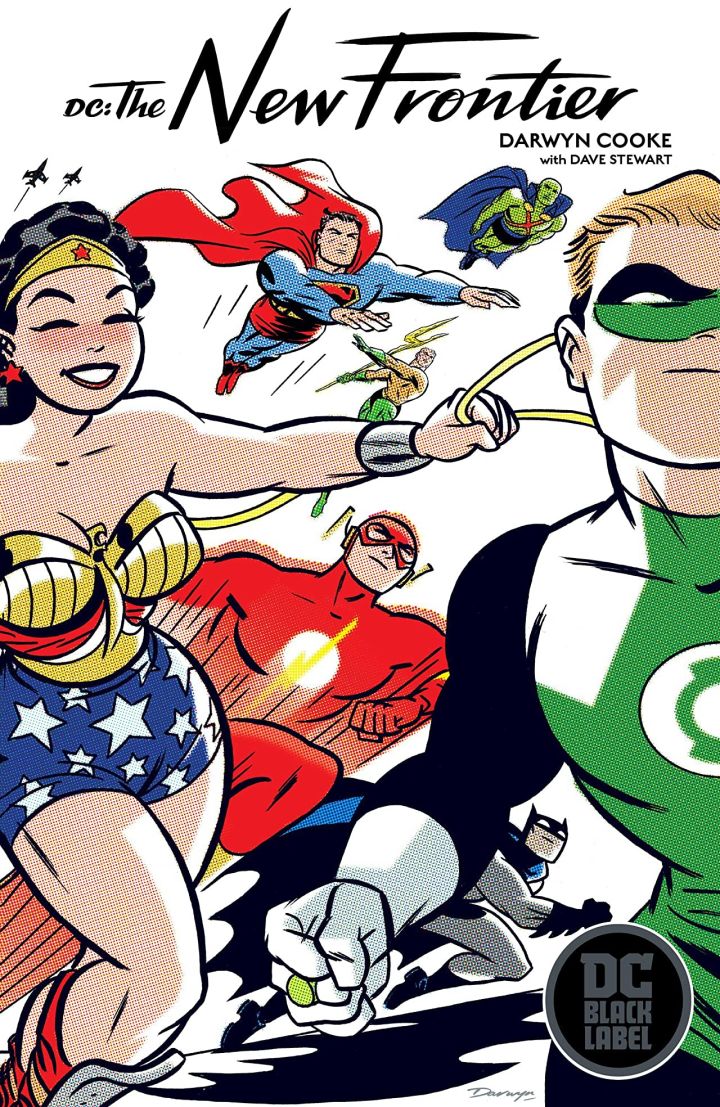 The superhero masterpiece of the 2000s. This is the story of the DC comics heroes living in the age in which many of them were created (the late 50s and early 60s). The easy pitch today would be Mad Men with capes: the optimism of the American age undermined by the reality of the monsters within. Written and drawn by the late master cartoonist Darwyn Cooke, the craft on this book is second to none, perfectly capturing the essence of dozens of characters in a few panels. One of the rare stories that tells the tale of an entire superhero universe with a beginning, middle and end. Just thrilling, perfect comics.

A Treasury of Victorian Murder 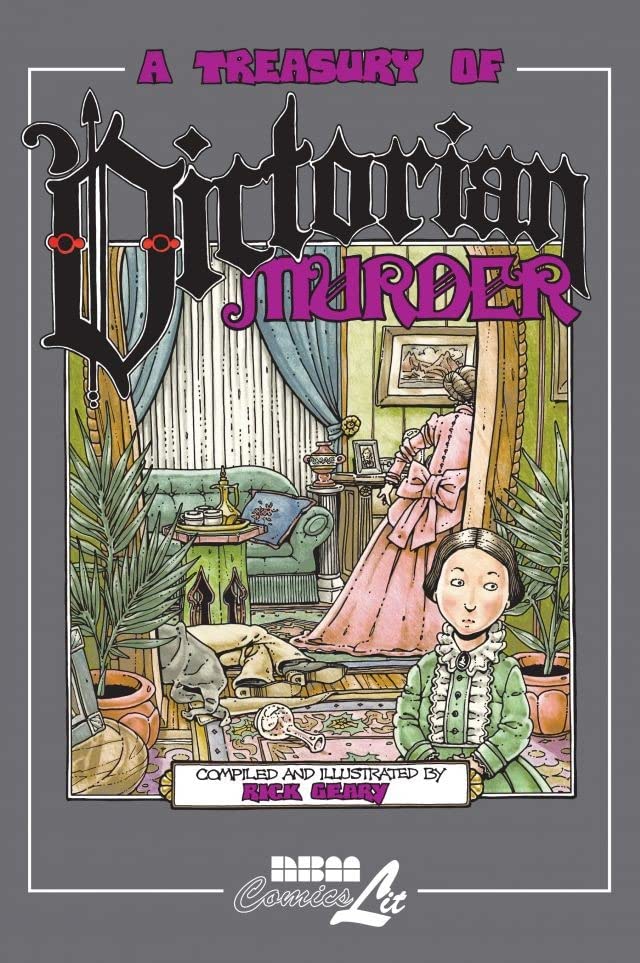 I’ve read a lot of horror comics, and, in all honesty, comics don’t scare me like movies do. It’s the lack of music or that I can control the page turns or my inability to be shocked by a drawn image. They’re very good; they just don’t give me that spine tingle I’m looking for… with one exception: the true crime comics of Rick Geary. These comics are super simple: famous murders outlined in excruciating detail through the comic medium, told with deadpan seriousness: who, what, when, where, why, and whole lot of how. But they’re so exact, so transporting, so perfectly executed, that when I put them down I feel like the murderer is still in the room with me; my spine indeed tingles as I look about and listen to the quiet—which is really one of the best reading experiences you can have. 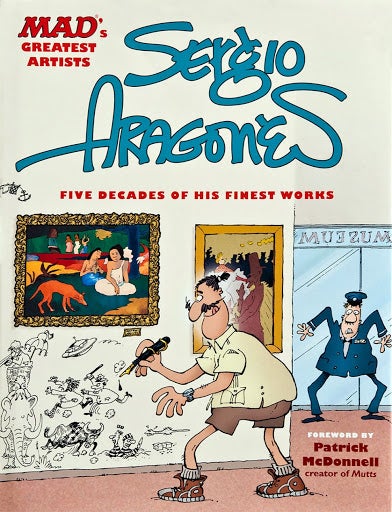 Sergio Aragones is, if not the greatest living cartoonist, certainly on the short list. Generations of children read Aragones work in Mad while their parents and teachers tut tutted away, not knowing these kids were learning from a craftsman of true genius and subtlety, unlike whatever forgettable cliché book they were supposed to be doing their reports on. Aragones can turn anything into the absurd, and in that way he’s almost a living, vitally needed jester for the 20th and now 21st century, a man who finds the foibles in our fables, lets us see the myths we tell ourselves and how silly those myths are. Besides all that, his stuff just makes you laugh, and right now, a laugh is worth a ton.

Looking for more comics to binge? Check out Brian Michael Bendis’ list of comics to read while stuck at home: