Skip to content
The senator said she’s “open” to calling witnesses at Trump’s trial, but argued it’s too early to decide definitely.
“John Doe” had accused the actor of misconduct in 2016.

Remember The New Mutants? It’s the X-Men horror movie that was originally supposed to be released in 2018, then again in 2019. After Disney completed its purchase of 20th Century Fox, it got yet another new release date–April 3, 2020–but since then not a word has been said about the movie.

With the new year approaching, though, there’s finally signs of life from the film that stars Maisie Williams (Game of Thrones), Charlie Heaton (Stranger Things), and Anya Taylor-Joy (Glass). Director Josh Boone (The Fault in Our Stars) has revealed a new trailer is on the way.

According to a post on Boone’s Instagram, a new look at the movie will arrive on Monday, January 6–less than three months before the film bows. “We’re very excited to share it with you,” the director says.

New trailer supervised by myself, co-writer @knatelee and color corrected by the great @peter_deming arrives January 6th. We’re very excited to share it with you! In theaters everywhere April 3rd!

This won’t be the first look at the film, though. Aan official trailer originally debuted in October 2017, promising a seriously scary entry into the X-Men film franchise that followed a group of mutants that have yet to be showcased in the movies.

Boone previously teased that New Mutants was inspired by both the horror genre, as well as John Hughes movies like The Breakfast Club and Sixteen Candles–and, of course, the New Mutants comics. However, that was before reports of massive reshoots on the film in 2018 to make it scarier.

With an April release date looming and a new trailer on the way, though, it might finally be time to see what this movie is about. It’s interesting to note, however, that it might not be the final film in the X-Men franchise. Ryan Reynolds recently confirmed that Deadpool 3 is in the works under the Marvel Studios banner, which could potentially merge the wildly confusing X-Men timeline with the Marvel Cinematic Universe.

The New Mutants is in theaters on April 3… Probably.

Today’s spotlight deal is the excellent Star Wars Jedi: Fallen Order for both PS4 and Xbox One for $33.74. This game normally sells for $60 and was $45 on Black Friday, so you’re getting a better deal here. There’s also a ridiculously good deal on a Sega Genesis Mini. Take 65% off for today only. There are more great deals on PS4, Xbox, and Switch games. 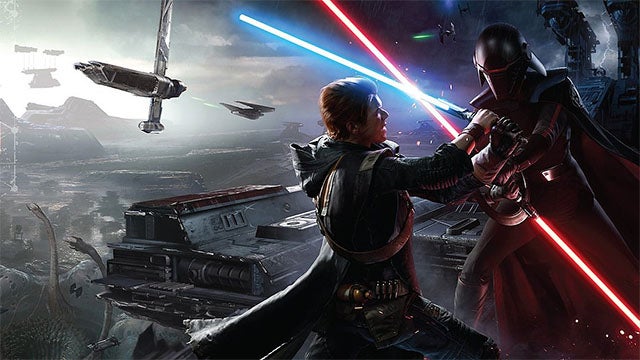 Get this game for far less than what it was on Black Friday and Cyber Monday. Jedi: Fallen Order is the best Star Wars game in recent history It shouldn’t come as any surprise, since Respawn (Titanfall, Apex Legends) is the studio that developed it. The story is engaging with plenty of twists and turns, the protagonist and supporting cast are well fleshed out, the graphics and art direction are exemplary, the sound is authentic Star Wars, and the gameplay is fun, varied, and quite challenging if you choose the harder difficulty modes. The official IGN score for this game is a well deserved “Amazing” 9/10.

Steam also includes some esoteric awards for ongoing games. This year that included the Labor of Love award for best long-term nurturing, which went to Grand Theft Auto 5 for the second year in a row. Plus, DayZ earned the Better With Friends award.

Sekiro has been named Game of the Year by multiple awards, including The Game Awards and GameSpot’s Best of 2019. Check below for the full list of winners and nominees to see what each of the winning games beat out.

Game of the Year

VR Game of the Year

Best Game You Suck At

Most fans of the Uncharted franchise are probably taking a “I’ll believe it when I see it” approach to the long-gestating film adaptation. First announced way back in 2009, the Uncharted movie has been trapped in development hell ever since, frequently gaining and losing writers, directors and actors over the years.

The good news is that there’s been some recent progress on the Uncharted front. Sony has even established a new in-house development studio called Playstation Productions, one tasked with turning various Playstation franchises into blockbuster films. The bad news is that Uncharted’s revolving door of directors keeps spinning. Travis Knight is the latest director to drop out of this decade-old adaptation.

Nintendo saw huge success when it released miniature versions of the SNES and NES a few years ago, and Sony soon followed up with its PlayStation Classic in 2018. To get in on the trend, Sega released its own nostalgia console just a few months ago. The Sega Genesis Mini (or Mega Drive Mini, as it’s called in Europe) released September 19 for $80, the same price as the SNES Classic at launch but with twice the number of games. It was a reasonable price to start with, but if you’ve been holding out on the Genesis Mini, you might want to snag it today: The mini system is just $35 at GameStop as a Deal of the Day. That’s a full $15 cheaper than it was during Black Friday.

The GameStop listing is a bit misleading–at first glance, it looks like a new Genesis Mini is going for $50, while a pre-owned system will cost you $35. However, just add the new system to your cart, and you should see the $35 price during checkout. It also comes with free shipping. This is an online-only offer, so you won’t be able to walk into your local store today to buy it.

The Sega Genesis Mini comes with 42 classic games, two wired controllers, a power cable, USB adapter, and an HDMI cable. Plug it in, and you’ll be able to experience 16-bit gems like Castlevania: Bloodlines, Gunstar Heroes, Shining Force, Shinobi 3, Sonic the Hedgehog 1 and 2, Streets of Rage 2, and Vectorman. Be sure to check out our Sega Genesis Mini review before buying.

“While the Mini isn’t without a few quirks, it’s heads and tails above previous software-emulation-based Genesis offerings that have plagued Sega fans for years,” wrote GameSpot’s Peter Brown. “If you want to play Genesis games but can’t afford the real thing and a stack of cartridges, the Genesis Mini should be at the top of your list.”

When the dust settled on the first season of Star Wars: The Mandalorian, most of our questions had been answered (while a few new ones regarding the Darksaber arose). One lingering thread however involves the mystery figure we saw briefly at the end of Episode 5, “The Gunslinger.” A Mandalorian who some fans thought might be Boba Fett due to the Tatooine setting and the sound of “spurs” jangling.

Funko just revealed the first wave of their Mandalorian POPs (not including the Baby Yoda Funko POP) and one of the figures just might be Episode 5’s puzzling player. In the first image, you’ll see Mando, Mando on Blurgg, Paz Vizla, Q9-0, and the Armorer.

Protests in Hong Kong, Chile and the Middle East all shared an online presence which helped connect the movements.
Two officers taped together cardboard signs begging for money, and posted the photo on Facebook.