Skip to content
While you wait for the It: Chapter 2 trailer, learn all about the big time gap between movies, the new cast, and everything else you need to know about the upcoming sequel.
IGN is headed to PAX West 2018 to rank the top Xbox One games and here’s how you can find us at the show! 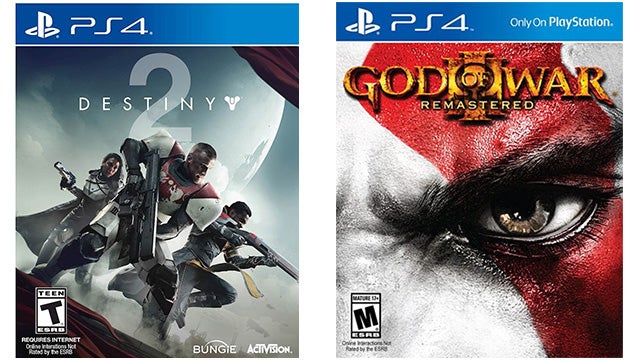 Man Red is Manchester United but some of the other names are less obvious. Here’s a list.

Hello Games has announced the first in a series of No Man’s Sky community events, which will centre around returning character Specialist Polo’s discovery of “another iteration of the universe” and task players with helping them learn more about this “glitch in reality”.

The news was announced in a blog post, with studio boss Sean Murray clarifying that the community events will be open to all explorers who have completed the first Space Anomaly mission, with Specialist Polo contacting these players directly to ask for assistance.

This week’s event has been referred to as “the first chapter” of an ongoing research project and tasks players with visiting “a specific corner of the galaxy” (although no details of where that is are given in the post) to excavate and return a selection of “strange objects” which have begun spawning underground. Returning these objects will reward players with Quicksilver, a valuable resource that can be used to create a variety of exclusive exotic collectables.

In the ‘90s and early aughts, the relationship between those who made video games and those who bought and played them had a very clear beginning and end. Publishers and studios would work together to push a game out, consumers would buy the game (or rent it, which was often the case), play it, and that was essentially that. There was no Beta, no external feedback, and little transparency from behind the scenes. The game was done, the transaction made, and you liked it or you lumped it.

In 2018, that relationship is much more opaque. One of the biggest trends in video games over the last ten years has been the shift towards a model that focuses on player retention and games as a service, and as a result, consumers have more power than ever before. If we’re spending significant money on a gaming experience — particularly one that is continually evolving in an effort to keep us along for the ride — we need to be able to have a voice in what that experience is that we’re committing to, lest it exist in a bubble.

Developer Double Damage has revealed Rebel Galaxy Outlaw, the follow-up (or rather, a “sort-of prequel,” as the developers put it) to its acclaimed 2015 space combat game. The studio calls Outlaw “a blue-collar space combat adventure packed with outlaws, explosions, gleefully unrealistic spaceflight, and a hell of a soundtrack.”

In Outlaw, you play Juno Markev, 34 years before the events of Rebel Galaxy. Markev left her life of crime behind until she got pulled back into the outlaw life.

Aiming for release in Q1 2019 on PC, PS4, and Switch, “Rebel Galaxy Outlaw features high-octane space combat, over 20 hours of subspace radio, side activities like billiards and dice poker, plenty of sketchy characters to meet, and sketchy jobs to take on. Nobody’s saving the universe around here – they’d settle for saving a couple of credits.” Double Damage co-founder Travis Baldree said, ““We took what worked from the last title, and then went a little crazy. It’s got a stronger focus on story and place, a huge jump in detail, and while it still works great for folks with a HOTAS at home, I think we’ve managed to make space combat accessible and fun for everybody else in a way that nobody has managed before. We’ve got a lot more to share in the months ahead.”

Battlefield V has been delayed. The World War II shooter will now launch for PS4, Xbox One, and PC on November 20, publisher EA confirmed in a statement. The company says the delay will give developer DICE additional development time to fine-tune the game as it sees fit.

“We’re going to take the time to continue to make some final adjustments to core gameplay, and to ensure we really deliver on the potential of [new Battlefield live service] Tides of War,” wrote DICE General Manager Oskar Gabrielson. “We know moving the launch date means that we all have to wait a little longer. But we’re going to take our time to make sure we get it right.”

Battlefield V was previously scheduled to launch on October 19, meaning the new date represents a delay of a month. It also means the game will now be released after Red Dead Redemption 2, along with other big titles like Hitman 2 and Fallout 76. Battlefield’s biggest rival, Call of Duty: Black Ops 4, launches on October 12.

Finally, EA confirmed the upcoming Battlefield V open beta will still go live as planned on September 6. For more on the shooter, check out the new character customization in Battlefield V trailer.

The leader of the pro-Russian rebels in Donetsk is reported killed by an explosion at a cafe.